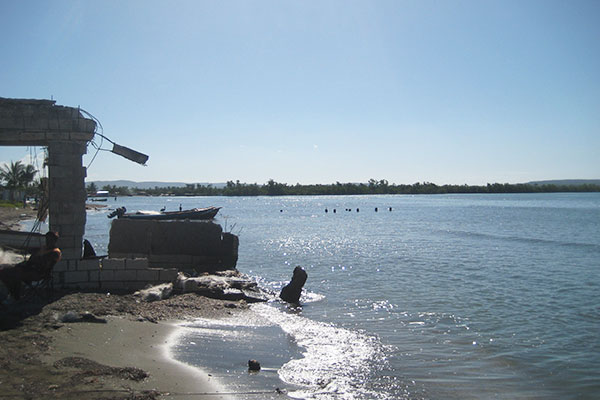 An assessment of tsunami hazard was carried out for Old Harbour Bay for a Tsunamis event generated off the north coast of Panama. Inundation depths of 1.73 to 1.81 meters were predicted for the three historical events investigated using earthquake and tsunami records from sources such as the National Oceanic and Atmospheric Administration’s (NOAA) National Geophysical Data Center (NGDC).

The model used by the Environmental hydraulics Institute of Cantabria (IH Cantabria) to develop tsunami projects is the C3-COMCOT model which was adopted for Old Harbour Bay. This model uses a finite differences and volume schemes to solve shallow water equations. The model can use up to (4) levels of nested grids of different cell sizes, reaching high resolution at local areas thereby improving the efficiency of the model. Inundation computations were comparable to historical descriptions of the 1692 and 1907 events.

The results presented here can be used to identify the potential tsunami inundation areas in Old Harbour Bay, and they provide an opportunity for the office of Disaster Preparedness and Emergency Management (ODPEM) to improve the Tsunami Warning System in the area.

The Old Harbour Bay area is predominantly a fishing village/community. The study area has an approximate area of 1,261 hectares and a population of 6,353 calculated from the 2001 Census. This gives a residential density of 5 persons per hectare. In 2009 the population stood at 8,537 persons according to the statistical Institute of Jamaica. Using the growth from 2001 to 2009 (273 persons per annum), this would result in an approximate population of 9,902 and a residential density of 8 persons per hectare to date.

Several studies conducted to date including CEAC, 2015, CEAC (2010) and CEAC (2009) have highlighted the susceptibility of Old Harbor Bay to coastal flooding. Old harbor bay is located on the south coast of Jamaica and it is exposed to the Caribbean Sea through the Portland bight are which is a relatively shallow and sheltered area. It is susceptible to waves from hurricanes passing to the south of the island as well as to tele-tsunamis.

Unlike hurricane waves which have small periods, less than 20 seconds, tsunamis have periods that can extend up to 30 minutes. The seismicity of the Panama region is influenced by the movement of both the Caribbean and South American (SA) plates. It lies essentially on the discontinuity of the margin between both plates, where there is subduction of the SA plates. The oceanic convergent or continental boundary lie to the north of the Panama shoreline and is the location of shallow focused earthquakes capable of generating tsunamis. The area is described in McCann (2006) as having a high potential for generating tsunamis. See figure 1.6 below. The high potential for earthquakes generating tsunamis to the south of the island does make for south coast of and Old harbor bay by extension is susceptible to tsunamis from the south.

Tsunami Simulation consist of three distinct steps; they are generation, propagation and run-up or inundation. Three discreet tsunami events were modelled from the same general location off the northern coast of Panama.

Tsunami waves were generated – in this case they by tectonic tsunamis generated by the displacement of the continental plates off the coast of Panama. The location under consideration has a convergent plate boundary (also known as a reverse fault). An elastic half-plane model was used to estimate the water surface displacement due to the movements at the fault.

The second step involved the propagation of the waves from the area of disturbance caused by the seafloor displacement. This disturbance creates a series of waves having various frequencies which cause the different elements to separate (disperse) as the waves propagate.

Tsunami Run-up estimates the inland limits of the flooding caused by the wave as it approaches the shoreline. The simulations were done utilizing the shallow water wave equations based on a moving boundary setting or scheme. Though time consuming and limited in area, this method general produces more better results than most other formulations such as the formulation described in Synolakis (1987).

Numerical simulations of the Tsunamis were performed using the C3-COMCOT suite which is simulates all three stages of the Tsunamis process; generation, propagation and inundation or run-up. The tsunami generation within COMCOT was carried out using the The elastic crust half plane model proposed by (Okada 1985), for tsunamis generated by earthquake triggered displacement at faults. This was developed following a review of the available tsunami generation methods. (Okada 1985) formulation is now the model of choice of most modellers as it is simple and gives reasonable good estimations in a variety of fault conditions. (Dmowska and Saltzman 1998) indicated the fault displacement (and water surface displacement) is a function of the amount of slip (uplift), dip, dislocation, strike width and length among others as shown in Figure 2.3 below taken from (Kongko 2011).

From the simulation result, the first tsunami waves arrive at Old Harbour Bay, Jamaica (Layer 4) approximately 420 min after the earthquake. Afterward, successive attacks by a long train of tsunami waves caused a significant disturbance inside and immediately near the harbour. The coupled model system appears to be able to represent these chaotic dynamics. Along the coastline, the tsunami generates minimal eddies of various sizes, and the flow is muddled.

The result shows that the minimum and maximum inundation depth occurs at the Old Harbour Bay shoreline, in the vicinity of the fishing village, with values of 0.02 and 1.84 meters respectively. This was determined after the simulation of a seismic activity with a magnitude of 7.5 (see Figure 3.13). The inundation depths generated from an earthquake of magnitude 7.0 ranges from 0.01 to 1.81 meters on land (see Figure 3.14). Inundation depths of 0.01 to 1.73 meters were observed for seismic activity (6.5 magnitude) generated off the coast of Panama (see Figure 3.15). The inundation areas extended approximately 1km inland and covers many residences and commercial establishments. Based on the modeling exercise, more extensive flooding is observed in the immediate area of the fishing village.

The simulation results for the tsunami propagation indicates a high vulnerability for the coast of Old Harbour Bay in the event of a real tsunami occurrence. In 2009, the population was determined to be 8,537 which suggests a current population of 9,902 with the estimated growth rate.

Analysis of the inundation maps determined that an estimated 3,250 persons, along the Old Harbour Bay shoreline, will be affected by flooding should a tsunami be propagated off the Panama coast with the magnitudes simulated. This is an estimated 33% of residents and workers within the area being affected. This also includes critical infrastructures such as: Schools, Police Station, Post office, Church and Community Centre. The occurrence of a tsunami and the run-up of waves unto the shores of Old Harbour Bay could prove disastrous for the population in existence. 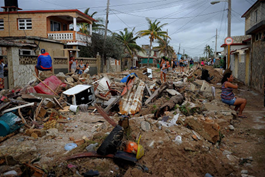